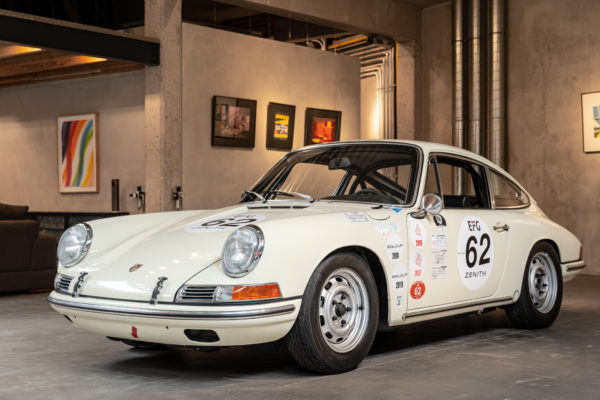 It is undoubtedly the most emblematic model in the automobile’s history. The Porsche 911 is
a legendary story that has already lasted for nearly 60 years. Each generation of the flagship car of
the Zuffenhausen brand is recognizable at first glance. With its inimitable shapes and
the mythical sound of its engine cooled by air or water over the decades, it embodies the
passion for fine mechanics. This myth is ready to last for a very long time.
The 911 has known many variations that have entered into legend by their sensationnal
performances, their iconic look or their exploits in competition. But the purest incarnation
of the German Grand Touring is undoubtedly its very first version appeared in
1963. The first 911 has allowed Porsche to definitively acquire its letters of nobility. Recognizable by its slender silhouette, its
typical 60s chrome, its famous air-cooled 2-litre flat-six and its rims with hubcaps borrowed from
another legendary model, the 356, it is the most famous ambassador of the Porsche myth.

In the motorsport, various versions of the 911 have won at all levels, including 24
Hours of Le Mans. As soon as the first examples were delivered in 1964, it immediately ran in
competition around the world, whether on Swedish ice, in rallies including the famous Monte
Carlo and of course on circuits. Thanks to its 2+2 architecture, the 911s have been admitted to
the Sports, Tourism and Saloon categories. This is how a 911 driven by Jean-Pierre Gaban and
Noël Van Assche won the 1967 24 Hours of Spa-Francorchamps.
More recently, the short-wheelbase 911 2.0L has proven to be a versatile car in the
historical competitions, serving as a reference in its category, whether at the Spa Six Hours,
at the Gentleman Drivers Masters, in GT & Sportscar Cup and many more series. Thanks to his
eligibility, its reputation as an “easy to run” car and its ability to still be used in the
everyday life or for road events such as the Tour Auto and the Modena Centro Ore, the 911 is the
drivers’ favourite cars. Add to this list an iconic silhouette and one of the
most iconic driving experiences of any historic racing car and it’s not hard
to understand why this Porsche continues to be one of the public’s favourite cars.

The car presented here has a rich history. This 911 identifiable with the VIN number 303330 and
dating from 1965 was sent to the Porsche test department in Weissach in December
of the same year to satisfy the requirements of the “Research Development” of the German brand.
This example was prepared by Marc De Siebenthal, a well-known figure in the world of
Historic Porsches. The skills of this Swiss specialist located in the region of
Lausanne are the preparation and restoration of many models that have made the history of the
brand of Stuttgart, on the road as in competition.

The car has been totally restored in order to take part in the 911 2L Cup competition. Launched in
2018, this championship takes place on prestigious European circuits, including Spa-Francorchamps,
which brings together around forty 911s all in pre-66 specification. Each round has a free practice
session of 40 minutes followed by 30 minutes of qualifying and a 90 minutes race. This competition
attracts a multitude of professional drivers and gentlemen drivers.

The car is also eligible for the historic competitions of the famous Peter Auto. It was configured according
to the FIA regulations for 1965 models, and is in conformity with the Peter Auto 2.0L Cup regulations.
The power of the Flat-6 gained 50 HP compared to the model of original series and now displays 190
HP. This gain is notably due to engine preparation.
The cylindercap is of course maintained at 2000 cc and the cooling is always done by air. 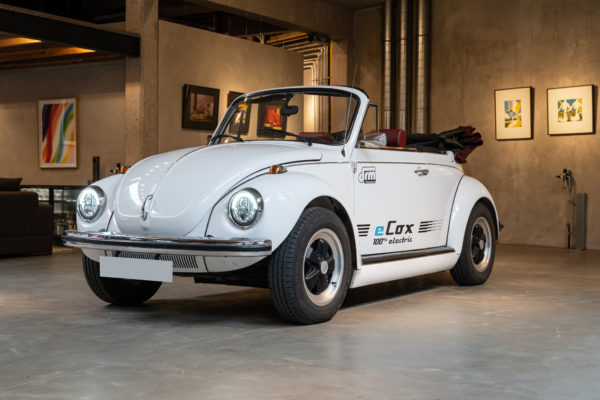 Year & mileage: 1972
Price: Price on request
back to catalog